What Hardware and Design Engineers Need to Know about Next Generation Touchscreen Technologies: Capacitive Touchscreens

Touchscreens are computer interfaces that are meant to be operated by a finger or stylus. They are found in phones, ATMs, thermostats, and in many industrial environments that require human-to-computer interaction. Touchscreens come in a wide range of sizes, and are especially popular in smart devices for externally controlling the electronic system. These touch-sensitive sensors are enormously varied in regards to material, shape, thickness, and method of operation (single or multi-touch). They can be made of anti-reflective or tempered glass, have printed or transparent surfaces, and be flat or curved.

Of the two major types of touchscreens, resistive and capacitive, capacitive touchscreens don’t need contact to operate; they can sense proximity to the finger and require considerably less pressure. Capacitive touchscreens are the preferred option in today’s touch market, providing the mechanism behind the scroll, zoom, pinch and tap features on smartphones and tablets. 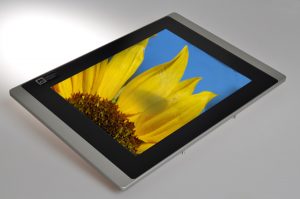 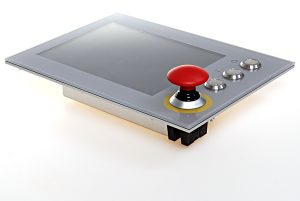 Capacitive touchscreens are split into two categories – projected and surface. The former is more common and known as Project Capacitive Touches (PCT or PCAP).

PCTs are responsive computer displays that comprise two flexible conductive sheets coated with a resistive material. The electrically conductive materials are generally carbon, copper, silver, or indium tin oxide (ITO). A protective glass layer coats the transparent conductive film. Transparent electrodes are placed along the glass in a matrix formation. The vertical line of electrodes maintains a constant level of current when the screen isn’t in use. Voltage is applied to the electrodes to generate a uniform electric field.

When a conductor, either a finger or stylus,  approaches the screen, the device uses the body’s conductivity as input and triggers the horizontal line of electrodes. The touch initiates current flow in that immediate region of the screen and slightly alters the capacitive electrostatic field generated within the matrix right behind the front glass. The position of the conductor is then calculated based on the field and current fluctuations.

Surface capacitive sensors work similarly to projective touches, but are organized with electrodes placed at each corner of the screen. An electrode circuit is positioned around the perimeter of the  touchscreen to generate an alternating current across the sensor’s conductive coating. When a finger, thin glove, or conductive stylus makes contact with the screen, electrons (the current) are drawn towards the point of contact, causing the voltage to drop. Electrodes at the four corners sense the reduction in electric potential. Now, the sensor is able to determine the exact touch point by calculating the current at each corner.

Surface capacitive touches have outstanding optical properties due to an all-glass layer sandwiched between transparent ITO. They are also favored for their vandal-resistant glass membrane surface. However, the popularity of the surface capacitive touch is declining in today’s market due to its inability to withstand heavy use and lack of input options.

Benefits of a Capacitive Touchscreen:

Find more information about touchscreens and which solution works best for your application here.